If I think I’m going to have an adventure, I bring my camera. I bring my camera because I like using pictures when I blog about my adventures – I feel like I’m half-hashing a post when I put it up without pictures. (Also, I acknowledge that I’m part of an ADD generation who probably won’t read a entire post without visual aids). 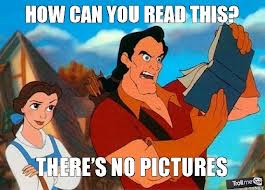 Hang on; let me get back on topic here.

So I went on my first teacher’s conference. It was a two-day/one-night excursion in Tabor. I actually don’t know how many teachers were there, but there were a lot of us. More than thirty. I knew several prior to take-off because I made a point of meeting up with a few people from the language department during the summer, but on the whole it was me and a bus full of strangers.

I’m used to being the new girl and I’m used to being the weird one and the youngest and, you know, whatever. HOWEVER, I also very heavily rely on my ability to talk my way into people’s good graces. The obvious problem here is that not many of my colleagues can speak English and … I don’t speak Czech.

Oh, I’ve learned a few phases like, “Ráda poslouchám vlaky, protože mě uspávají, ale ze všeho nejvíc mám ráda, když zpíváš.” Literal translation? “I like listening to trains because they put me to sleep, but more than anything, I like it when you sing.”

When will I ever need to use that?

So it was a little difficult that first day trying to not look exceptionally out of place. Unfortunately, most of my attempts at conversation – and I didn’t make many attempts because I’ve turned into a bit of a pansy – ended with me smiling and nodding and pretending to understand more than 30 percent of whatever they were saying. See, sometimes I understood all the words, but not the idea they were trying to communicate. And sometimes I could tell by their gestures what they were trying to tell me even though I only understood like two and a half words. But most of the time I just took it for granted that they were saying something pleasant so I would smile and nod and say, “Ano, ano,” in cheerful agreement.

I think they knew I was faking.

But it was a beautiful day. Really. As soon as we arrived at our first stop after lunch I began wishing I’d brought my camera. We went to a truly amazing monastery that looked like nothing I have ever seen. It was small but had several large domes that had turned turquoise from weather, topped with spires typical of Eastern Europe. Paintings depicting various Biblical scenes paired with Czech saints lined the walls inside and a wintering rose garden was sprawled out on the green. Inside the chapel looked like a cross between an antique sale and an Easter basket. The pink ceiling had fluffy, pastel pictures of cherubs and angels and gold-trimmed chubby babies sat along basically every flat surface of the room. Cheap flowers sat next to ornate sculptures and a number of paintings and old-looking artifacts leaned against chairs and the communion table. It was kind of a cluttered church, to be honest.

I didn’t understand a word the entire tour, but the priest was from Austria and everyone said he had a very strong accent so I don’t think I was the only one who lost.

Then we walked a mile along a road the crusaders used that led into town and climbed up this really big tower thing (note my precise usage of descriptive language) and through a museum. It all felt very medieval except for the tour guide. 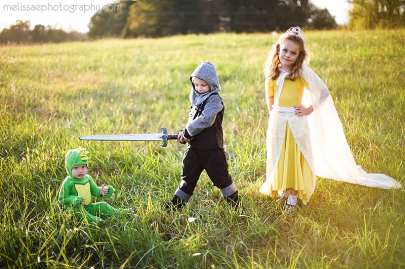 In the center of the town we were taken through catacombs under the city, a veritable bee hive of slippery floors, poor lighting and really short doorways. The idea that knights of the Middle Ages were probably vertically challenged sort of puts a damper on my childhood dreams of being rescued from a dragon by a hunk on a white horse. I’m 5’10”. Based on the size of those doorways, I’d be doing the rescuing.

Finally, we were treated to a private classical piano concert by four children (siblings, ages 17-9ish) who are basically Mozarts. While listening to incredible live performances by these angel-children, we were served champagne and chocolate (from a cooler, because you can’t get classier than that!). I wish I had brought my camera because I’m sure I’ll never see four people playing a piano at one time ever again.

We got back home, changed, and headed down to dinner – a pretty low-key meal in the remodeled cellar of our hotel. A bluegrass-country band performed on the stage area while we ate. Can I just say that, as good as bluegrass is in English, it is soooo much better in Czech.

Here’s where the fun REALLY begins.

Around 10:30, when the waiters started bringing out the fried onion rings and bowls of hot nuts, the band played “Tennessee Waltz” in Czech and I happily declared that I knew the English version. (That’s an understatement. I sing that song on almost a weekly basis. Ask any of my sisters).

Before I could object, someone had asked the band to replay the song and let me sing it in English. I was thrown onto the stage and found myself staring at about sixty people. My new colleagues.

Now, anyone who knows me and is picturing the scene probably knows that I don’t need much convincing to get on a stage and do something embarrassing. However, and I truly mean this from the depths of my most honest blood cells, this was a humiliating experience and I knew it would be before I even got onstage. I am not a singer. But the extent of how shaming it would be was impossible for me to foresee.

The band was waiting for me to start singing to join in with the music – I was waiting for the music so I knew what key to go off of. Awkwardly, they started playing and I grimaced at them in as friendly a way as I could manage. I started singing – kind of – and they slowly worked the chords to try to match my non-existent pace.

Then I forgot the words. I forgot the words to one of my favorite songs. In front of sixty people. I stood there in front of everyone with no words coming out of my mouth and what I can only imagine was an appalled look on my face.  It was like that second-grade nightmare everyone has about vomiting on stage during the school play or crying during the pledge of allegiance and having to be sent back into the audience to sit with your parents. Only I’m not in second grade. And my mom wasn’t there to make it all better.

About half-way through the song, I ditched.

I buried myself in a bowl of nuts for about 20 minutes, avoiding eye contact with everyone. Hopefully, it was worse in my head than it was in real life. People were saying I did a good job as I walked back to my seat, but it was with that kind of pathetic, good-try-kiddo tone of voice (that I recognize even when conveyed through the Czech language).

The band played a few more songs I recognized like “Oh, Susanna” and “Take Me Home Country Roads” but I didn’t let anyone know.

Apparently the party kept going till 4 a.m. but I petered out around midnight. Cinderella needs her beauty sleep.

As I was leaving, some of the band members called me over – they were sitting at their table during their break.

“No, I don’t,” I told him above the noise. Now the fiddler leaned in.

“We don’t speak English,” he told me in English.

“You know American singer Peter [Somebody]?” the guitarist asked again.

“Ne, neznám,” I told him. He asked if I knew somebody else and I said “Neznám” again. The second banjo player laughed out loud and commented that the only word I knew how to say was “Neznám.”

“Jo,” I said laughing and moving towards the door. “Vím jenom jedno slovo.” – “I only know one word.”

“That’s four!” said the guitarist in Czech, counting them off on his fingers. I chuckled, said goodnight – “Dobrou noc” – and headed for the stairs. It was good to know they didn’t think I was a total fool.

The smoking table was by the stairwell and the cellist and sound guy from the band were talking with two of my friends – a girl in her late twenties and an elderly gentleman who had spent the better part of the evening telling me how to say, “I baked cookies last night” in Czech.

Again with the almost-Czech conversation. A half-hearted compliment from the cellist on my singing – “He said it was wonderful but could have been louder,” translated the sound guy whose English was pretty fab. I responded with the little Czech I know and we all bantered back and forth making a Frankenstein of Czech and English.

As I made a move for the stairs and said my goodnights, the cellist took my hand and gave it a kiss.

Feeling like Princezna Orkuka again, I trotted off to bed, forgetting the horrid experience of two hours prior (though when I think of it now I still feel a little like hurling).

Today at lunch, several people said they enjoyed my singing – I could understand this because I know the word for “you sing,” thanks to that Czech phrase I learned. The man next to me shuffled awkwardly when I sat down. He was embarrassed because he only knows two words in English: next stop.

I asked him why – “Proč?” – and he said because he likes trains.

Who knew that stupid phrase would actually come in handy? He and I talked about trains for a good, long time (let’s not kid ourselves, it was only about five minutes).

Loading back onto the bus, it felt like I was part of the group. I had been hazed and was now accepted. I just wish I could have taken a picture of how good it felt.