I remember when I first fell in love with the idea of being a teacher. I was reading an American girl book (Molly, if anyone cares) and the school teacher was this pretty young woman who had a fiancé off fighting in WWII and none of the kids asked her about him but they all admired her ring when the sunshine would catch it through the window. The teacher was composed and lady-like. She was the pinnacle of elegance, grace and tenderness, even wisdom.

She was also fake.

In my experience, teaching has been nothing like that American girl book. It’s been every shade of brutal, humbling and heartbreaking.

My first day, I was so lost and confused. Forget the cultural differences and struggles that come with adapting to teaching in a foreign country – I was homeschooled  which means that I hadn’t stepped foot inside a real school until I came to teach. Like, it’s a terrifying experience, okay?

Imagine your first day of kindergarten or first grade or whatever, and you’re scared because you don’t know what to expect and your parents are leaving you for some inexplicable reason and you’re worried that no one will ever tell you when it’s okay to eat your lunch. Now take all of those feelings and combine them with the first-day-at-your-new-job feelings and literally it’s impossible not to physically feel a piece of your soul shrivel in fear.

It’s hard to believe I just finished a whole year at this school – I spent the first month hyperventilating in my office between classes thinking, “I am so bad at this job.”

It was like being the velveteen rabbit in that nursery story where the little stuffed rabbit is sitting by himself because he doesn’t have friends in the nursery yet and he sees all the real rabbits in the garden and he’s just like, “Man, I’m obviously not cut out from whatever cloth they’re made out of.” (This is before the rabbit talks to the rocking horse and is told that to be a real rabbit he has to be loved by someone).

I’m definitely not cut from the cloth of that American girl teacher (though I dare her to teach back-to-back sixth grade classes on a Monday morning and see how she fares).

But not knowing how to take roll or put marks into student’s report books, or realizing why it’s important for students to provide absentee slips from their parents… these were all minor chinks in a learning curve that is literally perfectly vertical.

It’s hard because sometimes they get really attached to you and you’re worried that you’ll let them down, that you won’t be a good teacher or a good role model or a good mentor when they need one.

It’s hard because sometimes, when they’re just being kids and you’re just being a teacher, you reach these impossible moments when every fiber of your natures are set against each other (referring to those epic “desperate teacher v. diabolical children” battles).

It’s hard because of Fridays. And on Fridays they all go home and you’re left alone in the nursery.

My officemate, who would be the wooden horse in this analogy, is a good example of a teacher who loves and has been loved. All year I have watched her calm sobbing students, administering hugs and chocolate when necessary. I have sat in my office chair, pretending to work, and listened to her mitigate disputes, solve problems and reassure her little people that everything will work out. I’ve also seen her eyes get misty when someone comes in with an acceptance letter to a great high school and I know she’s so happy for them but I can see her heart breaking as she starts to miss them already.

She is a teacher who’s soft, fur coat and leather saddle and wooden rockers have been worn down by love, love, love.

I have a student who we will call Pavel. And Pavel was one of my most difficult students this year. Generally disliked by his classmates (because of his arrogance and snobbishness), he was involved in more than one classroom fist-fight. He would write on his homework assignments, “nebudu dělat” – which means, “I won’t do it.” (I would turn it back in to him with a frowny-face and no stickers).

I put up with all his issues, of which he had many (and he was none the kinder to me for it) and it became extremely, extremely stressful for both of us. And then finally one day we both lost it. (He’s ten, by the way, so the fact that I can’t even keep it together as long as a ten-year old is a little sad in itself). I had to write a bad mark in his book and he didn’t think it was fair and he started crying in class (not like, pity crying, but actual anguished tears that he was clearly trying to hide from me and his fellow classmates). So I sat down with him and in extremely poor Czech tried to tell him that I know school is tough and I’m sorry that I have to write in his book but I need him to be good, and then I tried to pat him on the back and he jerked away. And I realized that I was the bad-guy in this picture and he would go home and hate me, and possibly we would never see eye-to-eye. I wasn’t going to be that composed and helpful teacher he would remember far into adulthood. I’d be the one that he’d try to forget, or just hate to remember.

When the bell rang I ran to my office and cried.

In the months that followed, we built a mutual understanding with each other – I would be fair with him and he would behave in class. I kept the other kids from picking on him and in return he did all the assignments I gave him. At the school garden party he got lost and I helped him find his mom. By May he was a willing participant in most of our classroom activities and he would smile at me when I came into the classroom (on the days when he wasn’t hiding under his desk).

I never had to write a bad mark in his book again.

This year I taught almost 200 students and of those students, three of them gave me end-of-year presents. He was one of them. I didn’t see it until I was cleaning out my office on Monday because he dropped it off after I had left school the previous week. It was just a little lavender candle but it felt like a Nobel prize – and even as I write this, a Nobel prize sounds so silly and vain compared to what that candle represents. 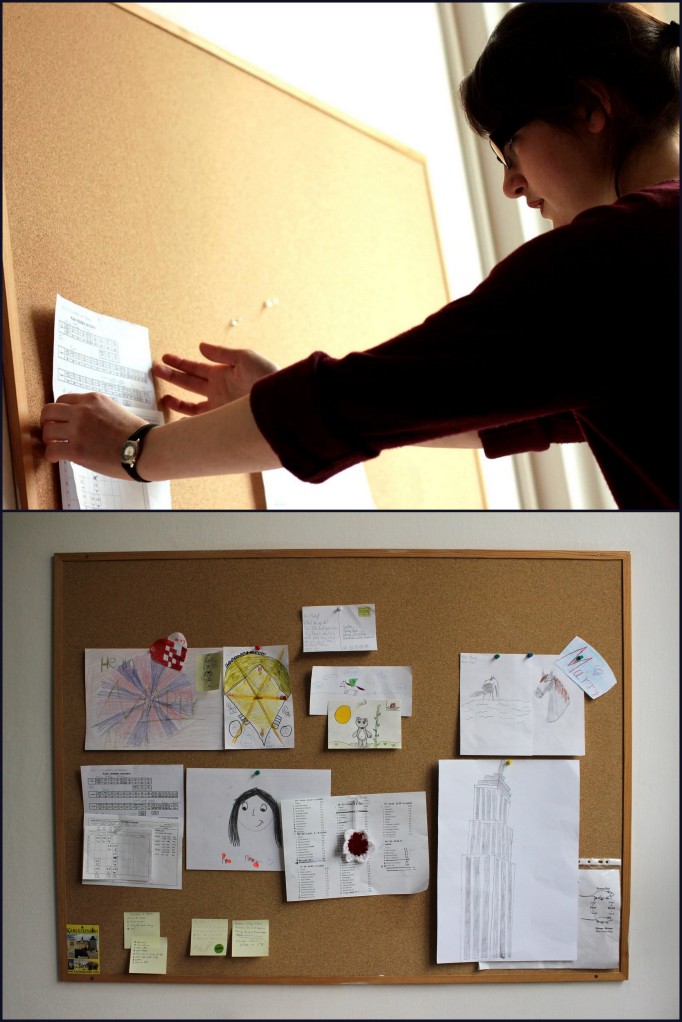 The board in my office is covered with hand-drawn pictures and messages from my students and my desk drawers rattle with gifts I’ve been given throughout the year. And each one is a reminder to me that even though I am not the perfect woman with the clean chalkboard and impeccable classroom from the American girl books, I am very, very loved. And that, if anything, is what has made me a real teacher.

6 thoughts on “The Velveteen Teacher”